This page will display all the available blocks

To counter this trend, we’re using our expertise and influence in government to uncover abuses, hold institutions accountable, and make sure people across continents and circumstances can live without fear of oppression.

With a network of human and civil rights defenders, veterans, and advocates, we are challenging this movement using our expertise in research, policy, law, technology, and national security to uncover the movement, expose its tactics, and uphold human rights.

We’re committed to righting human wrongs by advocating for better policies, representing victims in the court of law, and conducting eye-opening research.

Our team and allies are building technological solutions to uncover and address human rights abuses, shift the balance of power, and hold violators accountable.

The ideology driving the antidemocratic far-right extremist movement in the United States has become increasingly visible in our institutions, policies, and public discourse. This movement represents an existential threat to our democracy.

Systemic injustice has plagued America since the founding of the nation—especially when it comes to people of color and historically marginalized groups.

The Use and Abuse of Technology

At a time when technology is increasingly changing our lives for the better, it’s also being used to empower dangerous ideologies and systems.

Join us on October 24, 2022 as we return, in person, to Pier Sixty. This celebratory dinner will feature special guests and tributes as we honor human rights advocates and dedicated pro-bono partners, including this…

Our efforts hold oppressors accountable and liberate the downtrodden. Justice is upheld when brave individuals step up to counter tyranny. Skilled professionals are activated globally every day to further human rights. This is the partners block Michael K. Rozen is president and CEO of TRGP Capital Management, LLC, a boutique alternative investment company, and the founding partner of Rozen Law Firm, LLP. Michael is recognized as a leading strategist and negotiator of complex, multi-party disputes, having resolved many thousands of cases in a wide variety of litigation settings. Michael has been appointed by Courts around the country as a Special Settlement Master, and served as Deputy Special Master of the United States government’s September 11th Victim Compensation Fund of 2001, Deputy Administer of BP’s Gulf Coast Compensation Fund, and Court-appointed Mediator in the Upper Big Brand mine disaster, among others. Michael is also a member of the New York State Joint Commission on Public Ethics.

Michael is a graduate of Tufts University and Georgetown University Law School. 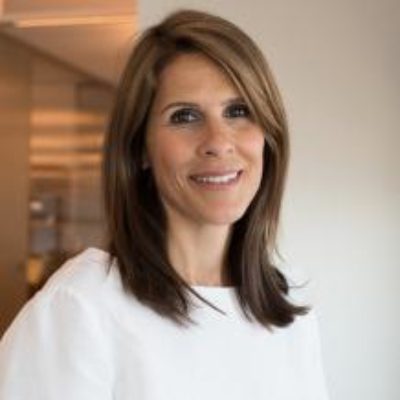 Elizabeth “Liz” Bowyer is global co-head of brand and content strategy at Goldman Sachs. The group is responsible for creating and distributing content that focuses on the firm’s analysis and insights related to markets, industries, and the global economy.

Prior to joining Goldman Sachs, Liz practiced law at Boies, Schiller & Flexner in New York, specializing in complex civil litigation. She was also a producer for Tom Brokaw in his documentary unit at NBC, Tom Brokaw Reports, and helped with Brokaw’s bestselling books, The Greatest Generation and Boom: Voices of the Sixties. Liz is a veteran of two Clinton presidential campaigns in 1992 and 1996 and was a researcher and speechwriter for former First Lady Hillary Clinton at the White House.

Liz is a graduate of the University of Florida and Columbia Law School. Lynda Clarizio has spent the last 20 years as a successful executive in the media industry growing and scaling businesses with a particular focus on data and technology. She is currently a Senior Advisor to Eurazeo North America and is the Co-Founder of Brilliant Friends, a seed investment group comprised of C-suite women investing in women-led businesses in media, marketing, and commerce.

From 2013 thru 2017, Clarizio was the President of Nielsen U.S. Media, responsible for leading the performance of Nielsen’s U.S. Watch business providing media and advertiser clients with measurement and marketing effectiveness solutions across television, digital, audio and other media. Prior to Nielsen, she was Executive Vice President for corporate development and operations at AppNexus, a leading programmatic advertising platform. Before joining AppNexus, she was the CEO and President of INVISION, Inc., a leading provider of multi-platform advertising solutions.

Clarizio previously had a decade-long career at AOL, which she joined in 1999. She was the President of AOL’s consolidated advertising businesses, then called Platform-A. She also served as the President of Advertising.com, then the industry’s largest third party online advertising network. She was AOL’s Executive Vice President for strategic and financial planning and Senior Vice President for acquisitions and strategic investments. Prior to joining AOL, Clarizio was a partner in the leading Washington, D.C. law firm Arnold & Porter, where she practiced law from 1987 thru 1999.

Clarizio is a recognized leader in advertising and media, having been named one of 2017’s “50 Most Powerful Women in New York” by Crain’s, one of 2011’s top 100 “Tech Titans” in the Washington, DC region by The Washingtonian, one of 2009’s “25 Executives to Watch in Digital Entertainment” by Digital Media Wire, and one of 2008’s “Women to Watch” by Advertising Age. She also was selected one of 1998’s “Top 40 Lawyers Under 40” by The Washingtonian . Clarizio is a member of the boards of directors of CDW, Adjust GmbH, Resonate, OpenSlate, and Human Rights First. She is a 1985 graduate of Harvard Law School and a 1982 graduate of Princeton University. Ms. Sutphen has over 20 years’ experience advising multinational corporate, philanthropic and institutional investors on the intersection of geopolitics, policy, and markets.  She is currently a Senior Advisor at The Vistria Group, a private equity firm that invests in regulated sectors.  Previously, she was a Partner at Macro Advisory Partners and was Managing Director at UBS AG, where she developed new tools for political risk evaluation and advised clients on risks impacting capital markets.  From 2009-2011, she served as White House Deputy Chief of Staff for Policy for President Obama, where she advanced the domestic and international policy and regulatory agenda.  From 1991-2000 she was a career diplomat, serving on the staff of the National Security Council during the Clinton Administration, the U.S. Mission to the UN, and the Bureau of Democracy, Human Rights and Labor, among other posts. She also served on the President’s Intelligence Advisory Board and is a member of the Council on Foreign Relations.  Ms. Sutphen is an Independent Director for Pioneer Natural Resources (NYSE: PXD) and Pattern Energy (NASDAQ: PEGI) and serves on the Boards of the International Rescue Committee and on the advisory board of the Center for Global Energy Policy at Columbia University.  Ms. Sutphen is a Trustee of Mount Holyoke College and co-author of The Next American Century.  She holds a BA from Mount Holyoke College and an MSc from the London School of Economics.

By Brian Dooley We know from Roman historian Suetonius that Julius Caesar’s reforms included a political system where half the magistrates were popularly elected and half were appointed. Such a system…

By Brian Dooley This is cross-posted from The Huffington Post. News that the White House will approve the sale of military jets to Bahrain without any human rights restrictions is as depressing…

Prosecuting Children in Bahrain, So Much for the Rights of the Child

By Diana Sayed Ali Hasan Alqudaihi, 11, was playing outside with two of his friends when he was approached by a man who turned out to be a member of…

Earlier this week, Human Rights First’s Brian Dooley sent a letter to Houda Nonoo, Bahrain’s ambassador to the United States, asking her for a public discussion about human rights reforms in…

By Jude Ali The Rio Olympics are the perfect example of the dwindling power of traditional media and the growing demand for digital journalism. While NBC Universal CEO Steve Burke’s “nightmare”…

Washington, D.C.—Human Rights First is gravely concerned at reports that peaceful protestors in several locations across Bahrain have been attacked today by security forces using teargas, buckshot and rubber bullets.  …

Washington, D.C.—A decision from the Formula 1 authorities on whether Bahrain will be allowed to host a Grand Prix event later in 2011 is expected on Friday, June 3. Following…

Washington, D.C.—Today’s decision by the Formula 1 authorities to stage a Grand Prix  race in Bahrain in October damages the push for human rights in the country, said Human Rights…

Washington, D.C. — Today, Human Rights First addressed a letter to Formula 1 president and CEO, Bernie Ecclestone, urging the organization to rethink its decision to allow Bahrain to host a…

View All.
View All.

No Room For Silence in Hong Kong’s Mass Trial

By Brian Dooley Hundreds of people queued up this morning for 39 public seats available at the opening day of Hong Kong’s mass trial of 47 pro-democracy activists. Local reports…

OVERVIEW Human Rights First is alarmed at the scale and dangers presented by orchestrated rhetoric that paints migrants and people seeking asylum at the U.S. border as a threat or…

Summary of Recommendations for the Biden Administration to Uphold Refugee Law    While it has taken some important steps toward ending several Trump administration policies that trampled on asylum, including…

WASHINGTON DC – Human Rights First calls on the administration to abandon a plan once used by the Trump administration and focus instead on upholding due process, human rights, and…

Recommendations for the Biden Administration to Uphold Refugee Law at Home   Two years since President Biden took office, his administration has taken some important initial steps toward ending Trump administration…

WASHINGTON, DC – The Biden administration has failed to provide a substantive response to the senators who set a January 20 deadline for a decision on sanctions against Russians responsible…

Human Rights First Welcomes Two New Directors to Its Board

NEW YORK, NY – At its board retreat last week, Human Rights First elected Fiona A. Philip and Nithya Thadani to its board of directors. Michael Rozen, co-chair of the…

What we long feared for human rights lawyer Thulani Maseko has happened. On Saturday night, he was murdered — shot dead in front of his family at his home near…

WASHINGTON, D.C. – With the Biden administration’s recent announcement of a plan to issue a proposed rule that would resurrect the Trump administration’s approach of denying refugees asylum due to…

Would Condemn Refugees to Return to Harm, Family Separation, and Permanent Limbo On January 5, 2023, the Biden administration announced new policies relating to the border and asylum, including a…

By Brian Dooley No one knows exactly how many Ukrainian civilians are detained by Russian forces, either in occupied zones in Ukraine or in Russia itself, but it’s likely to…

By Brian Dooley Despite what United States Senator Hiram Johnson declared in 1918, truth wasn’t the first casualty of the Russian war on Ukraine. Russia had been pumping out disinformation…

When America’s policies and actions no longer match its values, when hate and extremism are normalized, and when our democratic processes are threatened, our global…

The withdrawal of the U.S. military from Afghanistan led to the arrival of tens of thousands of Afghans in the United States. In response, Human…

Veterans for American Ideals (VFAI) is a coalition of veterans and allies who continue their service to America by upholding, defending, and advocating for human…

This is the rich text block

Here we have a subheading