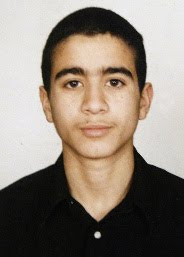 Opening statements today in the suppression hearing in the Khadr case lay out how both sides plan to argue the motion, which aims to stop the government from using any confessions by Omar Khadr to any of the crimes alleged.

The defense will argue that all statements made by Omar Khadr, who claims he was abused and coerced during interrogations, should be suppressed because his statements were the product of that abuse and coercion and are inherently unreliable. Coerced statements and those that were the product of cruel, inhuman and degrading treatment are generally not admissible in the military commissions. Neither is evidence derived from those statements, according to the new military commission rules issued on Wednesday.

The government, however, will claim that none of Khadr’s statements were coerced, that he was always treated humanely, and that therefore none of his statements should be suppressed. Testimony presented in the next two weeks will reveal who has the better argument. But several issues remain problematic – including that the defense team says it’s only been allowed to interview three of more than 30 interrogators who interrogated Khadr in Bagram and Gitmo. Still, it’s found two investigators who admitted Khadr was threatened with rape during an interrogation. A medical expert will testify that Khadr was denied necessary medical treatment during interrogations after he was seriously wounded in a firefight with U.S. forces. And a psychologist will testify that none of his statements, made as a 15-year-old who’d suffered massive injuries and then abuse at the hands of his captors, can be considered reliable.

I’ve previously described the abuse he claims he was subjected to, which includes sleep deprivation, denial of pain medication, stress positions, being forced to urinate on himself and being used as a human mop, being terrorized by barking dogs, and being threatened with rape and torture.

The government began making its case this morning by calling to the stand an FBI agent who interrogated Khadr at Bagram, after he’d been questioned by military and/or CIA agents. The CIA agent, Robert Fuller, testified that he treated Khadr very well, brought him water and snacks, and that Khadr “appeared happy – as happy as he could be.” Khadr never complained to him of abuse, Fuller says.

Tomorrow we’ll likely hear the cross-examination. But sure to come up is the fact that this same CIA agent elicited from Khadr the identification of another Canadian, Maher Arar, who Khadr during interviews by Fuller claimed was training with al Qaeda operatives at a training camp at a time that, it later turned out, Arar was actually at home in Canada.

Shortly after Fuller reported the identification of Arar to the government, Arar was apprehended at JFK airport and rendered to Syria for interrogation there. He claims, and the Canadian government has confirmed, that he was tortured there. Although the Canadian government paid Arar $10 million for its role in his rendition, the U.S. government has refused to allow Arar to enter the United States, and a federal judge dismissed his lawsuit against U.S. officials on the ground that, among other things, they’re immune from suit.

The import of all this for Khadr’s purposes is simply that the information Khadr provided to Fuller about Arar turned out to be completely false. That doesn’t bode well for the government’s claim that Khadr’s statements to Fuller were credible. Fuller this morning testified that Khadr admitted to him that he threw a grenade in the direction of U.S. forces while they were storming a compound in Afghanistan that Khadr was hiding in.

After all, if Khadr lied about Arar, what else might he have lied about? The defense also claims it has forensic evidence that will show that Khadr was lying under a pile of rubble, the victim of a U.S. airstrike on the compound, at the time that prosecutors say he threw the grenade. That testimony has yet to be presented, however.

This hearing is heating up quickly. Stay tuned.