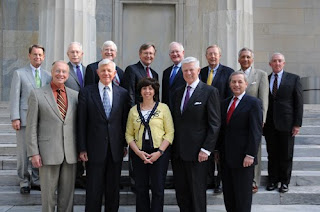 Human Rights First is working with a group of retired military leaders to try to build support to close Guantanamo and try terrorist suspects in civilian courts. This week we’re in Pennsylvania and Delaware, as a first stop in this campaign trail, talking with congressional candidates from both sides of the aisle.

Read more about our work with retired military leaders, and check out some of the coverage:
Blog