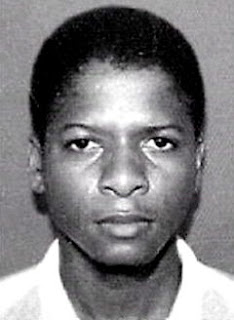 Ahmed Ghailani will face trial in NYC next week.

Most people don’t even realize it, but an alleged al Qaeda terrorist – deemed among the most dangerous terrorists in US custody by US counterterrorism officials – has been quietly appearing in a U.S. federal court in downtown Manhattan for pretrial hearings for weeks now.  His trial is scheduled to start there next week.  And as the Wall Street Journal notes today, the NYPD – who are the national experts on counterterrorism security – don’t see any need for extra funds to buttress their normal security procedures. That’s a far cry from the $200 million the police department said last year it would need to secure the trial of some other alleged al Qaeda operatives:  Khalid Sheikh Mohammed and his co-conspirators in the 9/11 attack. Ahmed Khalfan Ghailani is being tried for his role in an earlier al Qaeda terrorist attack on U.S. interests: the bombings of two U.S. embassies in Africa in 1998. He was considered so important to al Qaeda that after he was captured in Pakistan in 2004, he was subjected to so-called “enhanced interrogation techniques” in CIA “black sites” while interrogators pumped him for information. He was only transferred from the Guantanamo Bay prison camp to a New York prison for civilian trial last year. Critics of the Obama administration’s decision to use civilian trials for alleged terrorists claim, among other things, that trial and imprisonment in the United States pose a major security threat. But according to Devlin Barrett and Sean Gardiner in today’s Journal:

The New York Police Department plans some behind-the-scenes security adjustments for Mr. Ghailani’s trial, but there will be no street closures or extra officers assigned to security outside the courthouse.

For anyone who actually lives in New York and knows what the downtown courthouse area is like, that makes perfect sense. Ever since the September 11 terrorist attacks, the NYPD has stepped up its patrols and security in the area. There are now concrete barriers around all federal buildings that make it impossible for someone to drive a bomb up anywhere near them. Security entering the courthouse has always been tight, which makes sense, given that the Manhattan courthouse has long been the primary location for terrorist trials. The problem with the plan to try KSM and his alleged associated there wasn’t that New York City lacked sufficient security; it was that political opponents of the Obama Administration turned the trial into a political tool they could use to undermine the administration. And once opponents like Liz Cheney whipped some locals up into a frenzy about the need to close streets and add security, downtown businesses got scared about how that all might affect their bottom line. The truth is, as the Ghailani trial demonstrates, that the NYPD and federal prison guards are fully capable of securing the massive stone courthouse and adjacent high-security prison that’s long housed suspected terrorists safely.  We neither need to shut down the city nor spend another $200 million to accomplish that.