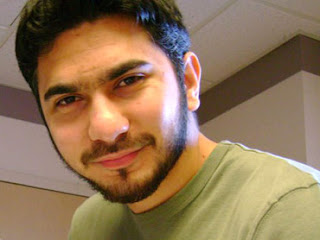 Photo from cbsnews.com. Cross-posted at The Huffington Post As lawmakers in Congress duke it out over whether the Times Square bombing suspect ought to have been read his Miranda rights, it’s worth considering the real-life impact of reading a suspect his rights – and of withholding them. The consequences of not reading rights to terrorist suspects that we later want to prosecute are now on display at the military commissions in Guantanamo Bay, Cuba. And it’s not looking good for the government. Omar Khadr, whose pre-trial hearing continues, was not read his rights, pursuant to Bush administration policy. Of course, Khadr was captured in Afghanistan, following a deadly shootout with U.S. forces. The Obama administration isn’t reading Miranda rights to battlefield captures either. Withholding Miranda rights makes sense in the heat of a battle, because we don’t usually prosecute warriors; instead, we try to defeat their forces, and send prisoners home when the war is over. But once the government decides it may want to prosecute someone and bring him to justice – whether he’s captured in an Afghan desert or at JFK airport in New York – there are very practical reasons for informing him of his rights. In the case of the Times Square suspect, Faisal Shahzad, U.S. officials initially questioned him without reading him Miranda rights, under what’s known as the “public safety exception” to the Miranda rule. Statements made in that initial period when the FBI is collecting information about any imminent threats are still admissible in court later. But once investigators determine that the imminent threat is over, they must deliver those Miranda warnings if they want to use any of the evidence they gather from the suspect later in a prosecution. In Shahzad’s case, they did – and he reportedly kept right on talking. That’s typical – as Human Rights First’s report In Pursuit of Justice notes, empirical studies from both supporters and opponents of the Miranda rule have found that giving the warnings has little real effect on whether a suspect speaks to police without a lawyer. Still, to some, the idea of telling a suspected criminal that he has the right to remain silent sounds kind of silly. After all, why would you want to encourage him not to talk? But the Miranda rule developed for a very good reason, and has withstood several legal challenges. The Constitution (and the Uniform Code of Military Justice) provides suspects the right against self-incrimination, and the right to the assistance of an attorney. By informing a suspect of those rights, the FBI basically immunizes itself – anything the suspect says afterwards can then lawfully be used against him. The Miranda rule means the government doesn’t later have to spend months arguing in court over whether a suspect’s statements were voluntary or coerced, as it’s now forced to do in the Khadr case. Because even military commissions forbid reliance on involuntary confessions, except those made at the point of capture or during active combat – a rule that’s similar to the federal court’s public safety exception. The Khadr case is a perfect example of how hard it is for the government to show that a suspect confessed voluntarily if he was never told of his right not to. Khadr, who was 15 when he was captured, claims he was mistreated in custody and coerced into saying things that weren’t true. His hearing is ongoing, and although some evidence has emerged to support his claims, it’s impossible to know yet what really happened. (As I’ve explained before, the military commission rules make finding the truth in such cases particularly difficult.) But if Khadr can show that he was coerced into confessing, his statements have to be thrown out even under the military commission’s rules. That’s because coerced statements are considered inherently unreliable – in any U.S. court of law. To argue that Shahzad shouldn’t have been read his Miranda rights, as Senator John McCain (R-Ariz.) did yesterday, makes even less sense than in a case like Khadr’s, because Shahzad is a U.S. citizen who cannot legally be tried in a military commission. (Rep. Peter King (R-NY), who reportedly said Shahzad should be tried in a military commission, apparently didn’t understand that.) So the result of not reading him his rights after the public safety threat has subsided would be to undermine his subsequent prosecution – and to risk having to let him go free. Surely Sen. Christopher Bond of Missouri, the ranking Republican on the Senate Intelligence committed, didn’t mean to suggest we should free terrorists when he said yesterday that the U.S. has “got to be far less interested in protecting the privacy rights of these terrorists than in collecting information. . . .” But that could be the logical result of the current campaign to deny terror suspects basic rights. Even Glenn Beck, the conservative Fox News commentator, defended the Obama administration’s handling of the case yesterday, saying that “we uphold the laws and the Constitution on citizens….We don’t shred the Constitution when it’s popular.” Connecticut Senator Joe Lieberman’s response to that, of course, was that Shahzad, who hasn’t yet been convicted of anything, should be stripped of his citizenship. (In fact, if he were convicted of fighting with an enemy military force he would be stripped of his citizenship anyway.) Setting aside the many compelling arguments for why the United States on principal shouldn’t be cowed by terrorists into abandoning our own Constitution, it’s worth remembering that the Miranda rule serves a very important practical purpose: it ensures that suspects’ confessions are usable in court against them, and that terrorism convictions in any U.S. legal forum will stand.